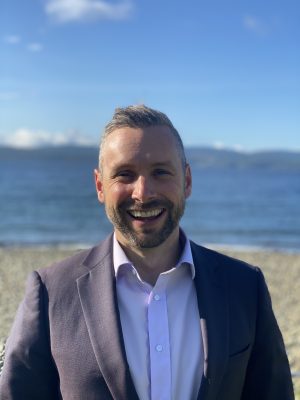 Kevin Sigouin is CEO of CU Agencies Alliance Ltd. In this role he is responsible for the strategic and operational leadership of insurance distribution for Credit Unions and The Co-operators across Canada. Kevin has a wide-ranging set of skills honed from experiences in sales and management of both domestic and international insurance brokerages. He holds a Bachelor of Commerce degree in Risk Management and Insurance from the Haskayne School of Business at the University of Calgary and was past co-chair of the Risk Management & Insurance Advisory Board at the business school.

He is heavily involved in the business community. Kevin has served as city director and Treasurer of PRSC Land Developments Ltd; a unique public private partnership between the City of Powell River, Sliammon First Nations and Catalyst Papers. He has served as a director of the Powell River Waterfront Development Ltd which was created to promote economic diversification in Powell River.

Kevin was Executive Secretary of the BC Liberal Party from 2011 to 2016 and is a past president of the BC Liberal Riding Association for the Powell River Sunshine Coast. He is past chair of an Emerging Leaders forum for politically minded youth on the Sunshine Coast and is past chair of the International Business Committee at the Calgary Chamber of Commerce where he was responsible for responding to government policies relating to international business.

In 2011, Kevin received an inaugural award from the University of Calgary for his contribution to leadership and higher education in risk management and insurance. In 2012 he was honoured to receive two prestigious awards. The first from the British Columbia Insurance Salute Committee for the “Rising Star Award” and the second from the Insurance Institute of Canada for their “National Emerging Leader Award”.

Kevin is the proud father of two daughters and actively pursues hiking, climbing and skiing in the great outdoors.